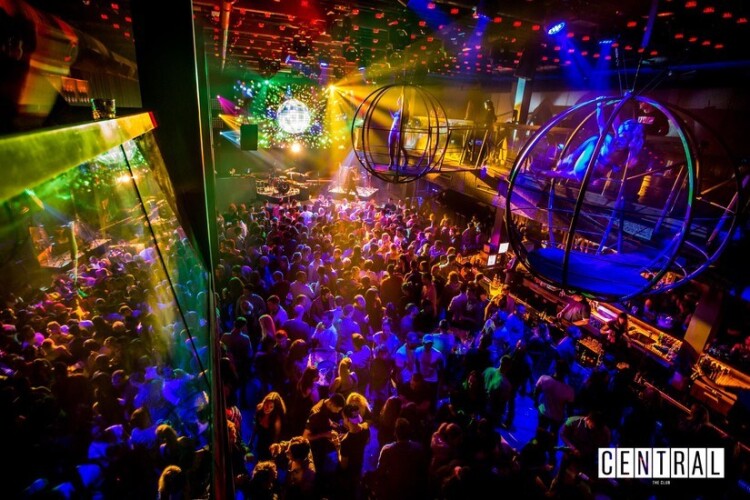 Explore nightlife of Split and check which bars and clubs to visit during your vacation in capital of Dalmatia for a fun night out.

In terms of nightlife, Split is also home to one of the most exciting bar scenes in Croatia. Aside from clubs, this means that traditional bars can be found on every corner and the nightlife in Split is well-known for having a very lively atmosphere.

For traditional bars, visit Roof68, Cakula, Congo and the Antique Bar on the Riva. On the other hand, backpackers will love the noise at Charlie’s Bar and Jazzbina Pub on Sinjska Street is a favourite haunt for music lovers of all ages.


Split is also known for its beaches and the fortress like complex at its center, Diocletian's Palace, erected by the Roman emperor in the 4th century. Once home to thousands, its sprawling remains include more than 200 buildings. Within its white stonewalls and under its courtyards are a cathedral and numerous shops, bars, cafes, hotels and houses.

Some of the bars and clubs you will find in the center of town, while to others you would need to take an Uber or walk a bit, depending on the location of your accommodation.

Vanilla Club is the most popular place in town and definitely the best place to party and have an amazing night out in Split. Since its inception, it is Split’s favorite gathering place and today a club with tradition, a synonym for fun night out.

The initial vision of the club was based on good fun and quality service but today Vanilla is perceived as a party zone and a place where there are no limits for experiencing a great time. Throughout the years, the club’s offer has expanded which includes its services and the club’s surface.

That being said, to get inside you need to be well dressed. Entrance is usually free, besides on special nights when some bigger local or foreign artists are performing.

It is relatively new club which became very popular thanks to its size and amazing interior design. During summer, Central is opened every night and hosts a number of DJs, foreign and domestic music producers in their thematic evening parties.

A 360 degree renovation of the former ‘Central’ Cinema has now turned into a two floor nightclub with four bars, VIP lodges and state of the art sound.

Each night is theme based from evergreens to disco to world famous DJs playing live. Although being one of the best places, regarding nightlife in Split, remember that you are usually required to pay entrance fee to get inside.

Boasting coffee and cocktails, barbecue and pub fare, Fabrique is the first of its kind in the city. The menu combines classic pub fare with a modern twist and Croatian spin to bring it all together.

Although during the day it works as a restaurant where you can have a lunch or sit for a cup of coffee, the pub transforms into one of best places for fun night out in the evening.

While at some other nightclubs you can found predominantly younger crowd such as 20 year-olds, Fabrique is one of those places where you have mix of ages 20-50, on average 25-35 with a mix of locals and travellers. Also, the atmosphere and decor are stunning, classy and cosy, while the club is located in the center, next to the waterfront.

Bačvice is spacious area with shallow sandy beach located close to the city centre. It is also one of best places when it comes to nightlife in Split, especially during the summer.

Although the beach itself is sometimes host of music festivals, there are many clubs lined up next to the beach. The best ones include Caffe-Club Bačvice and La Playa Beach Bar & Club. Bačvice beach is also very popular among the tourists, especially during the night.

If you want to meet tourist from all over the world which are having their vacation in Split, Bačvice beach and its clubs are one of the best places in town. Especially taking in consideration beautiful surroundings and short distance to the center of Split.